William Henry Bartlett (1809-1854) was a London-based artist and engraver, who become one of the leading topographic illustrators of his generation. He travelled widely and produced works providing history and illustrations of the Balkans, the Middle East, and North America, of which The Pilgrim Fathers, or, The Founders of New England in the Reign of James the First (1854) is a product. Bartlett died of fever on-board ship in the Mediterranean off the coast of Malta returning from a tour of Palestine shortly after publication, making this one of his last works.[1] 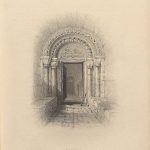 The Doorway of Austerfield Church 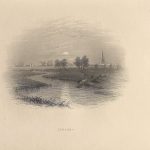 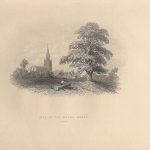 Site of the Manor House Scrooby

By the end of the 1830s, Bartlett’s popularity was at an all-time high with his works selling well in Britain and internationally. The Critic praised his talent for illustrating landscapes: ‘Mr. Bartlett has a remarkable eye for the picturesque; all his views are taken from good points. He never fails to present us with a perfect picture, full of objects of interest, and conveying a better idea to place than any sketcher whose works we have seen of late years’. [2] The Pilgrim Fathers provides extensive illustrations of England, Holland, and North America and can be seen as an attempt to capitalise on the narrative’s growing popularity.

The text provides a broad historical narrative of Puritanism beginning with John Wycliffe and the English reformation. Following this, the life history and local origins of the Puritans are described and illustrated. In this way, Bartlett’s text provides an important template for later British Mayflower tourist guides such as Alexander Mackennal’s Homes and Haunts of the Pilgrim Fathers (1899) and Marcus Bourne Huish’s The American Pilgrim’s Way in England to Homes and Memorials of the Founders of Virginia, the New England States and Pennsylvania (1907). 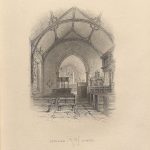 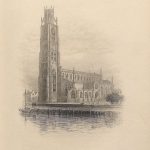 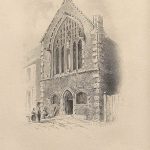 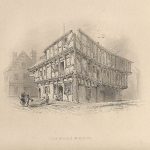 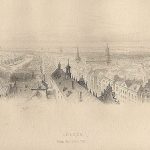 Leyden seen from the Town Hall 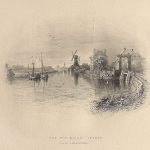 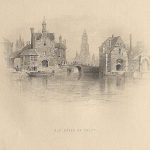 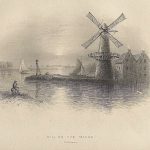 Mill on the Maese, Delfthaven 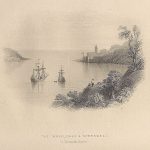 The Mayflower and Speedwell in Dartmouth Harbour 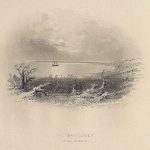 The Mayflower in Cape Cod 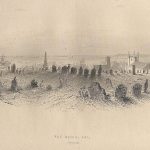 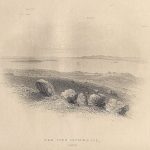 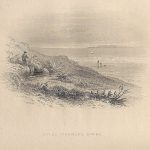 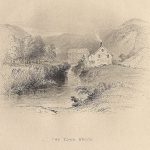 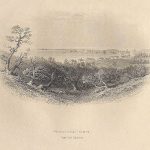 [1] Hussein I. El-Mudarris and Olivier Salmon, Romantic Travel Through Bartlett’s Engravings: From Europe to the Middle East (Aleppo: Ray Publishing and Science, 2007), p.16.

Full text: William Henry Bartlett, The Pilgrim Fathers, or, The founders of New England in the Reign of James the First (1854)