Priced at three shillings Mother Plymouth: A Souvenir of the Mayflower Tercentenary Together with the Story of the Pilgrim Fathers 1620-1920 is a large, high-value souvenir pamphlet that contains many photographs and reproductions of artworks relating to the Mayflower. A seventeenth-century style woodcut adorns the front cover with the caption ‘The Mayflower sets out from Plymouth 1620’. As the forward reveals, this is a modern creation by Frederick R Hiorns ‘a decorate scheme on the lines of a 17th-century print’ that gives the souvenir a sense of authenticity for a departure that did not leave a visual record. This is an original artwork created specifically for the pamphlet – and a good example of historical culture generated for the tercentenary. 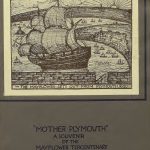 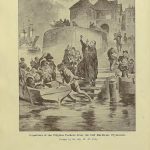 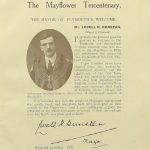 The booklet contains a number of ‘Tercentenary Messages’ from local and international luminaries, displayed alongside their photograph. Plymouth Mayor, Lovell R. Dunstan fully celebrates the Mayflower as an origin myth for the United States, acknowledging ‘that band of Pilgrims whose courage and endurance enabled them to found one of the largest nations in the world’. American Ambassador to Britain John W. Davis describes himself as ‘complimented to know that you desire to have a message from me in the Souvenir’ and praises the ‘striking proof of Anglo-American unity’ evidenced in the celebrations. ‘Mother Plymouth’ provides excellent documentary efforts of the cultural and diplomatic importance of the Tercentenary celebrations. 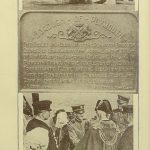 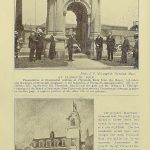 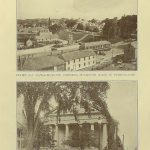 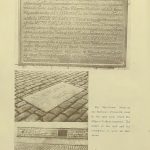 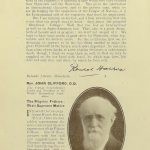 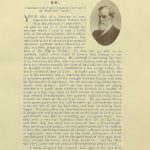 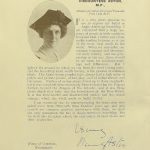 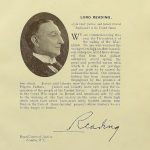 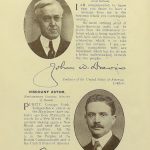 Full Text: Mother Plymouth, A Souvenir of the Mayflower Tercentenary Together with the Story of the Pilgrim Fathers 1620-1920 (1920)